St. Louis native Felicia Shaw called California home for almost four decades. While she considered it a great place to live, it wasn’t her hometown. Earlier this year, an opportunity arose that brought her back to her beloved St. Louis. As the Regional Arts Commission’s (RAC) new executive director, Shaw’s aim is to impact the local arts scene by propelling St. Louis to the next level.

Shaw’s background is in the arts, specifically arts administration. She worked for 12 years as a program manager for the City of San Diego Commission for Arts and Culture, and for the past seven years as the director of the arts program at the San Diego Foundation. That position was eliminated last year, and she found herself looking for a new direction, which brought her back to St. Louis.

Shaw says last year’s events in Ferguson further influenced her decision to move home. “I want to make a new imprint in the hearts and minds of people so we highlight what’s really working (in St. Louis) and what’s good here,” she says. “We can use arts as a tool to make St. Louis a safer and more vibrant place to live.”

Shaw has high praise for the local arts and culture community, and since assuming RAC’s executive director position in May, she’s been working to further expand St. Louis’ reputation as an artistically creative region. “As a city, we’re highly ranked for sports,” she says. “But when I think about the vibrancy of our arts culture, St. Louis should be ranked much higher in that area, too.”

St. Louis is an arts town, Shaw says, with a deeply ingrained and mature community of artists and art enthusiasts. “One of the things I missed the most when I was in San Diego was The Muny,” she says. “We tried to have a similar concept in San Diego, but it didn’t work out. St. Louis is special. The Muny provides magical nights under the stars all summer long.”

Shaw is proud to be leading RAC and looks forward to moving the organization and all of its branches forward. “The legacy of RAC is so strong,” she says. “This isn’t a turnaround situation, because (RAC) is already doing such a great job. I’m not here to fix anything – I’m here to take it to the next level.”

One of the first orders of business for Shaw as executive director was to dedicate time to go out and listen to citizens in the community. She and her team devised a series of dialogues in which they invited a handful of people to come and tell them about the trends and issues impacting the region. “We fund 250 organizations,” she says. “Obviously, we can’t sit down with all of them individually to hear their comments and concerns, but this was a good way to hear what’s going on.”

For Shaw, the current St. Louis art scene is exciting. “Artists themselves are evolving,” she explains. “They’re looking at their work as a small business.” This is good for St. Louis as it moves out of the recession and focuses on the entrepreneurial economy, she says, noting that here, artists can live more affordably, do cutting-edge work and position themselves as micro-enterprises.

“Artistic practice is changing,” Shaw says. “Artists aren’t going the traditional route. They’re busting out of their framework all together and taking their art to the streets.” She notes how the Ferguson unrest has changed art in St. Louis for the better. “Artists’ responses to Ferguson really helped people connect with their feelings,” she says. “They’re working in the traditional sense, but also working with social justice.”

Luckily, the people of St. Louis “really accept the arts as a part of their daily lives.” Shaw notes that in San Diego, things like going to the theater or visiting a gallery were generally done for a special occasion. Here, “it’s a way of life.”

The approach to the arts in St. Louis is democratic, Shaw says, because there is access for everyone. “People don’t realize that a lot of the things we have for free here cost a lot in other cities,” she says. “The investment was made many years ago that arts and culture are important to our wellbeing in St. Louis.”

Moving forward, Shaw sees her role as promoting and marketing the St. Louis arts culture in the best way RAC can. “There’s so much happening here,” she says. “I’m hoping we can reposition St. Louis as a world-class destination for the arts.” 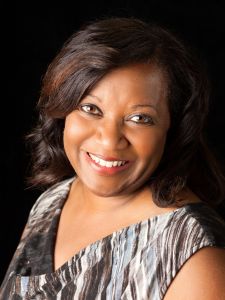